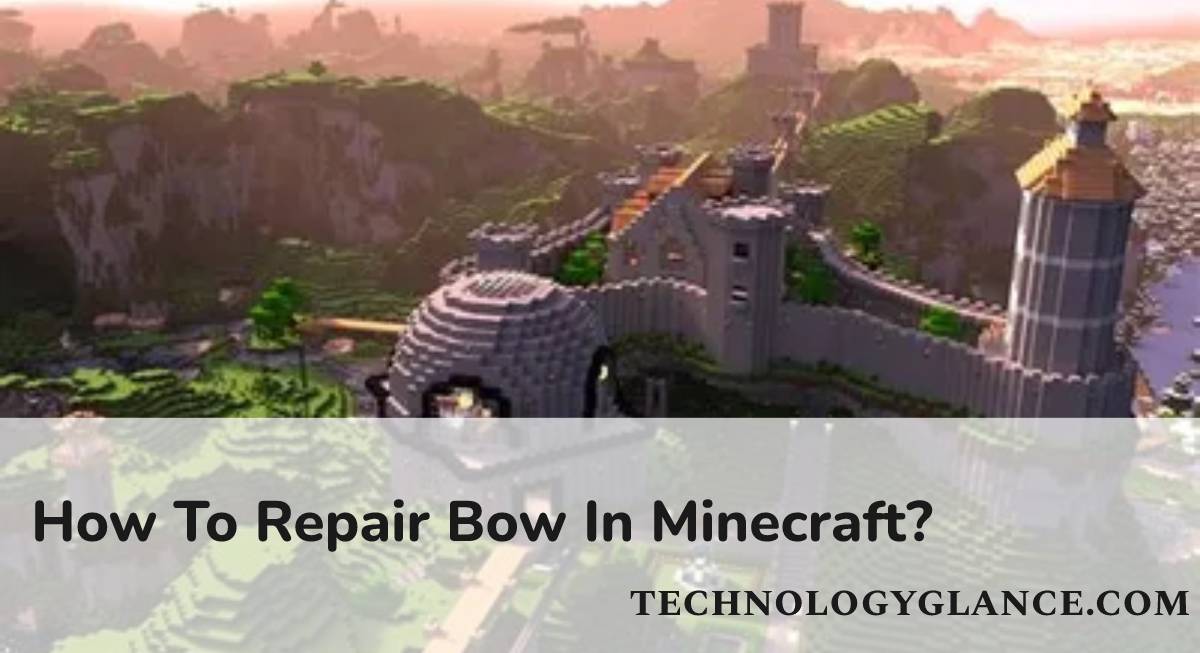 Minecraft is a video game developed by Swedish game developer Mojang Studios. The game was created by Markus Perrson using the Java programming language. The game was made public in May 2009 before fully releasing in November 2011. The game has been ported to several other platforms and is one of the best-selling video games of all time, with over 200 million copies sold and 140 million monthly active users as of March 2021. Now, here are some ways to repair your bow in  Minecraft.

There are two ways to repair your bow in Minecraft. The first method is by repairing the bow using Anvil. The second way is by using a crafting table.

The bow is one such tool that you can create by crafting three sticks in a crafting grid. You have to place the first stick in the bottom middle position; after that, place another stick to the right or left in the middle grid and the final stick in the top middle position.

You can use a crafting table to repair an ordinary bow.

An anvil is usually used to fix the enchanted bow. You can also use the anvil to combine and rename the items that are available in the inventory. Before using an anvil, you have to make sure that you have an anvil in the first place.

Overview Of The Game

The game has no specific goals to accomplish, allowing players to do anything inside the game. The game world is composed of 3D (3-dimensional) objects, commonly called blocks representing various materials such as stone, tree trunks, water, and lava. There are tools required to build anything, like a house or a complex system of other items.

How to Repair Bow Using Grindstone?

Way to craft a grindstone:

How Many Times Can You Repair A Bow

Every time you combine an enchanted item (or other ordinary items) with an anvil, the repair cost doubles. After the repair cost exceeds 39, you won’t be able to repair items any longer. You just get 6 anvil uses, including combining books and items to enchant the items and subsequent repairs.

Can you repair an anvil in Minecraft?

No. You cannot repair an anvil in Minecraft. That’s why you have to keep the ingredients to craft an anvill.

Why can’t I repair my bow?